END_OF_DOCUMENT_TOKEN_TO_BE_REPLACED

Kona World Championship and Beyond

END_OF_DOCUMENT_TOKEN_TO_BE_REPLACED

As agency of record for IRONMAN, the team is currently executing strategy surrounding the 2014 IRONMAN season and the 2014 World Championship.

Coyne PR identified and continues to emphasize four main aspects of the IRONMAN brand – the faces, the lifestyle, the numbers, and the business – to fully tell the story of the sport to both endemic and non endemic media.  Together, these categories fuel Coyne’s PR strategy and allow media to report on a variety of angles, in turn developing broad awareness and exposing the brand to millions more consumers.

Coyne’s full-on PR efforts truly embody IRONMAN’s mantra that “anything is possible,” with media generated by the IRONMAN World Championship alone shattering all previous total impression numbers for the brand. The team placed particular emphasis on work with prominent celebrities who competed in Kona 2013, including Chef Gordon Ramsay and Super Bowl Champion Hines Ward.  As a result, celebrity engagement has become a growing facet of IRONMAN’s long-term PR strategy, with the team actively engaging some of Hollywood’s biggest stars for the 2014 triathlon season.

Among the placements Coyne PR secured during 2013 are major national broadcast, print and online pieces, generating more than 400 stories and just over one billion media impressions in a period of three months.  Highlights include “Extra!,” People,  Sports Illustrated, Men’s Health, SELF, The Wall Street Journal, The Daily Mail, TV Guide, Parade.com, CNN.com, ESPN.com, HLNTV.com, AOL.com, and SportsBusiness Daily, among many others.

END_OF_DOCUMENT_TOKEN_TO_BE_REPLACED 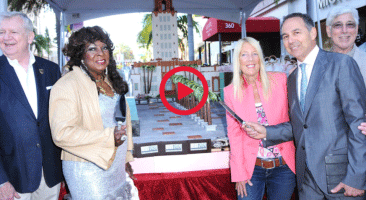